Learn-to-Sew: Ten Things to Sew with Only Straight Seams

In a previous post I linked to a few easy beginner sewing projects. Today I have rounded ten tutorials from the web for easy projects and not a curve in sight! Plus, don’t forget my Cube Door Stop tutorial which I would rate “patient beginner”. Let me know if you try any of these.

Since the mornings in Canberra lately have been extra cold, I’m particularly keen to make myself a new heatpack and this one looks lovely!

Ten Things to Sew with Only Straight Seams 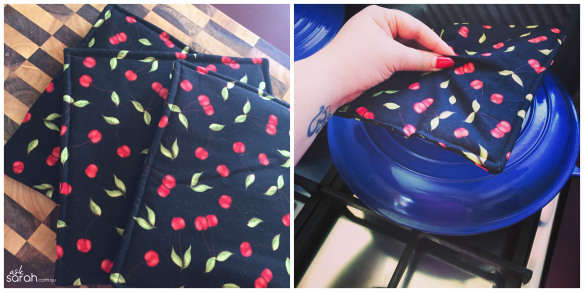 Simple Square Potholder Tutorial by Ask Sarah. In Australia, Insul-Bright it is available from Spotlight stores by the metre. It is easy to sew with but just don’t cut it with your good fabric scissors. It contains a layer of metal foil and, if cutting paper with your fabric shears is a no-no, then cutting this stuff surely is too! 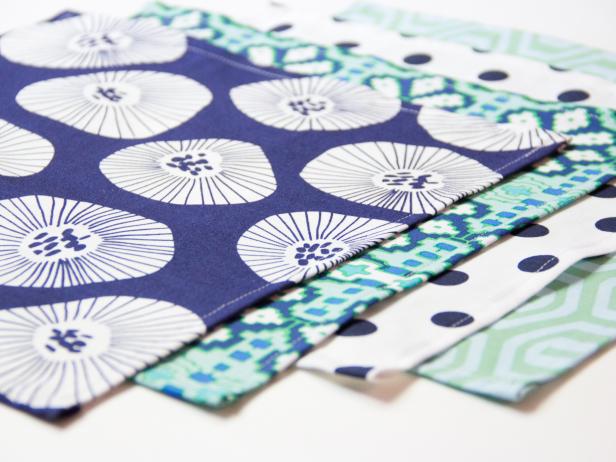 Simple Cloth Dinner Napkins on the DIY Network. Nice table napkins are rather expensive in the stores but they are so easy to make. 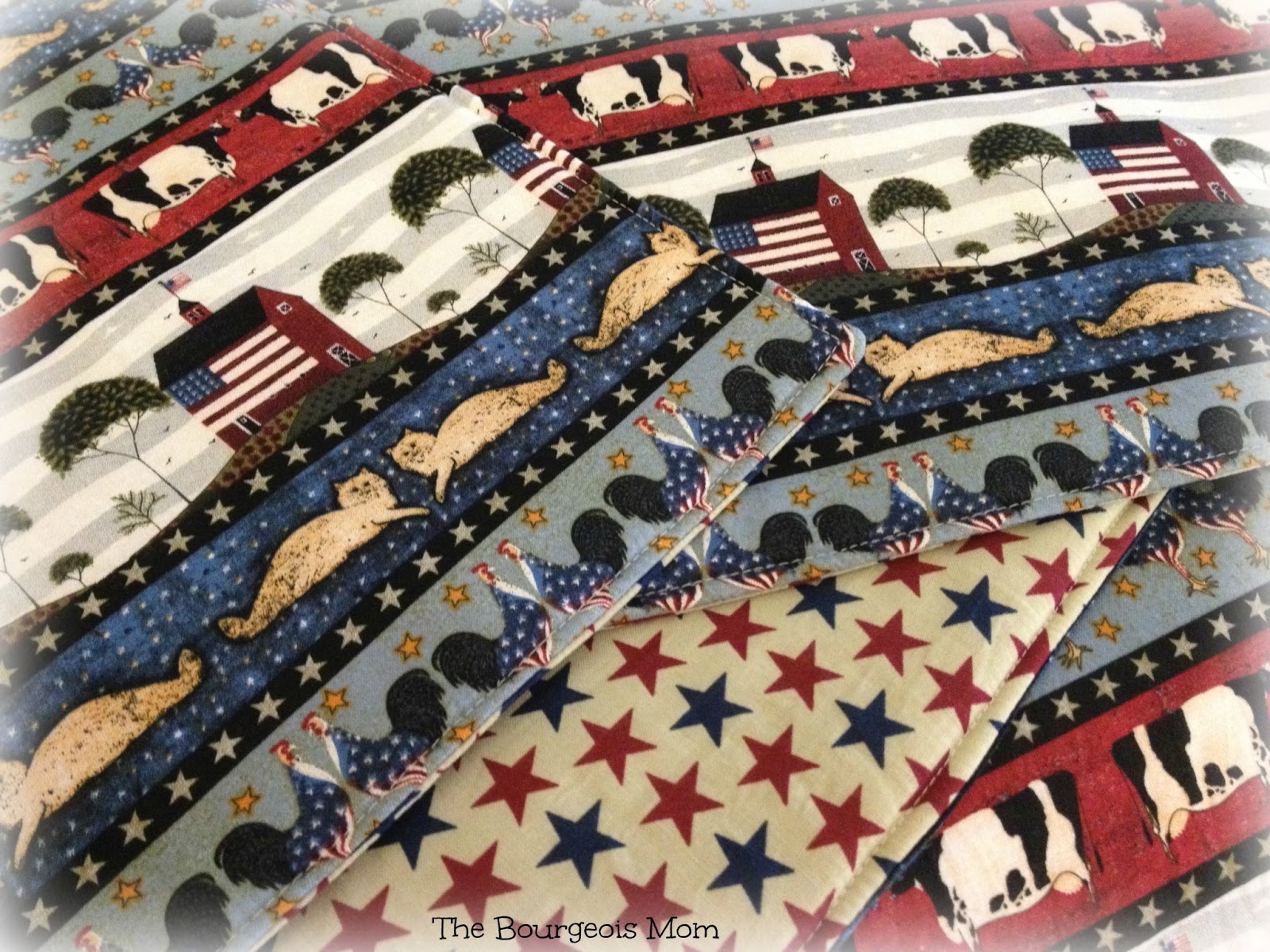 Super Simple Placemats by The Bourgeois Mom. I dearly want to find the time to make a set of these to go with the table setting we received for our wedding! One day I will find the time because they are super easy! Make some matching coasters using the tutorial from the Easy Beginner projects post. 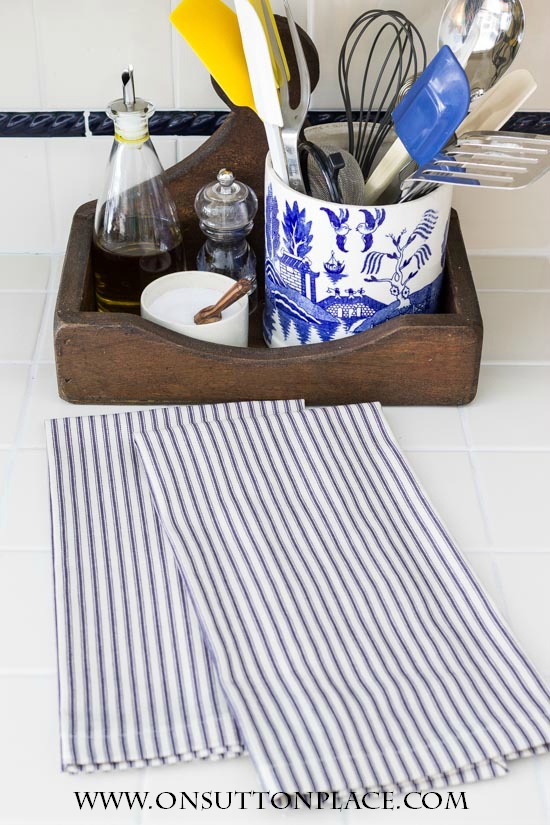 Image by On Sutton Place

Easy Tea Towel by On Sutton Place. While we are making things for the kitchen & dining room, how about some hand sewn tea towels to coordinate? This will teach you how to make mitred corners an easy but very handy sewing skill. 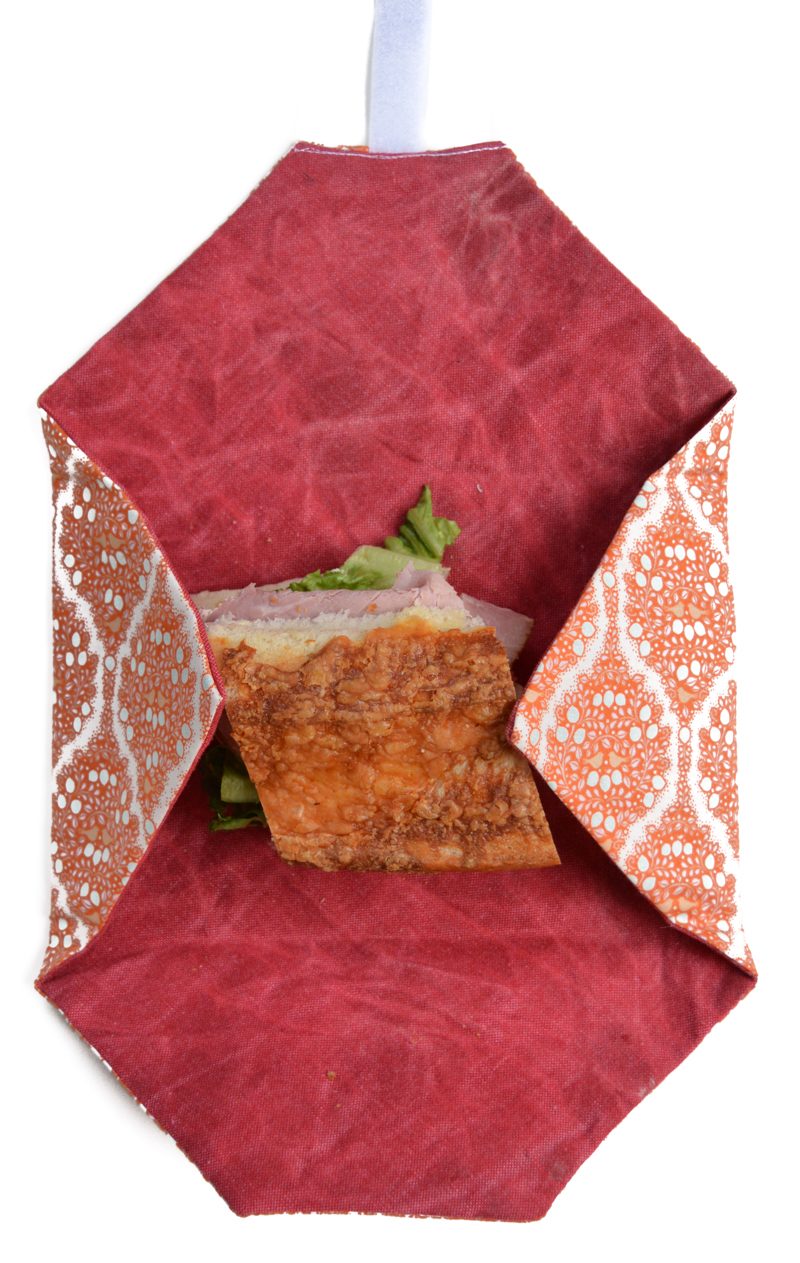 Reusable Sandwich Wrap by Vicky Myers Creations. I am a big advocate for using reusables and ditching single use plastic where possible and by making a few of these sandwich wraps, you can do both.

Microwavable Rice Filled Heating Pads on Sew4Home. As I said above, I need to make a few of these. My daughter and I seem to be stealing the large one we own from each other! I love the ric-rack trim on these but it is purely decorative so you can leave it out if you wish. 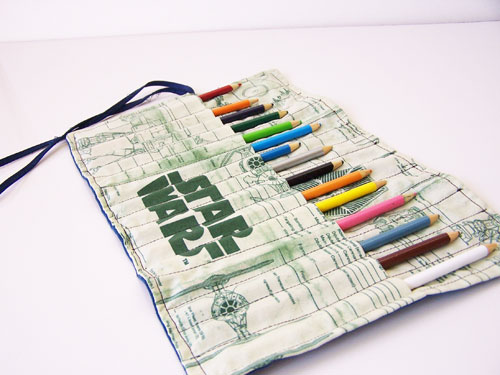 Image by Create in the Chaos

Pencil Roll Tutorial on Create in the Chaos. What a great name for a blog by the way! These are a great gift for artists young and old. They can be adapted for all sorts of crafty uses though. I’ve seen them made for crochet hooks and paintbrushes. Also make-up brushes – perhaps there is a teenager in your life who could use one of these as a gift. Alternative ideas along the same lines are a Portable First Aid Kit and a Cutlery Pouch. 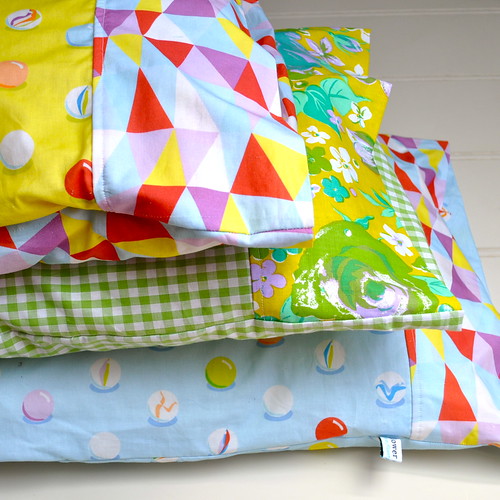 Learn to Sew Pillowcase by Flowerpress. Bed linen is another pricey item which is easy to make yourself. There are lots of pillowcase tutorials out there and there is a link to a very simple one in the easy sewing projects I listed earlier. This one has an extra detail of a contrasting strip – still only straight seams and still easy. 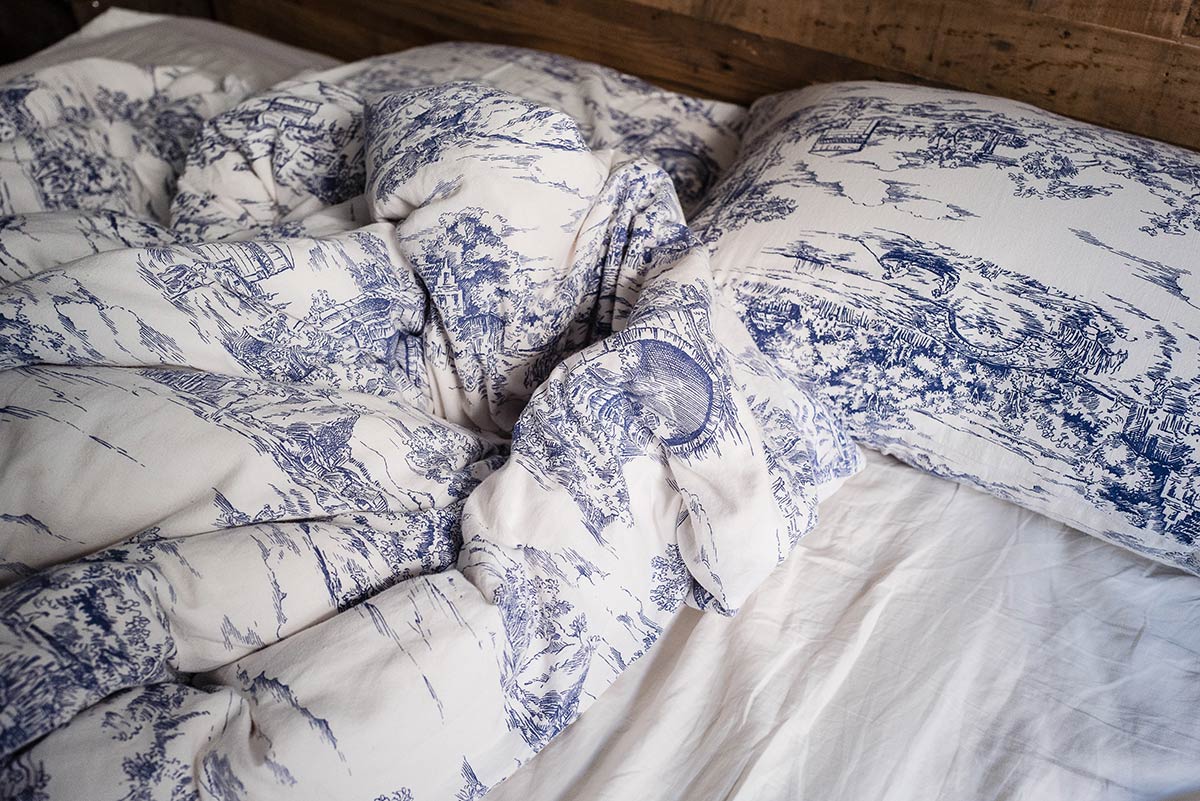 Photo by Jenna Christina on Unsplash

Duvet Cover by Design Sponge. While you are making pillowcases, you might also like to make a doona/duvet cover too. This is a large project and handling a lot of fabric can be challenging but it is manageable and there are only straight seams to worry about. 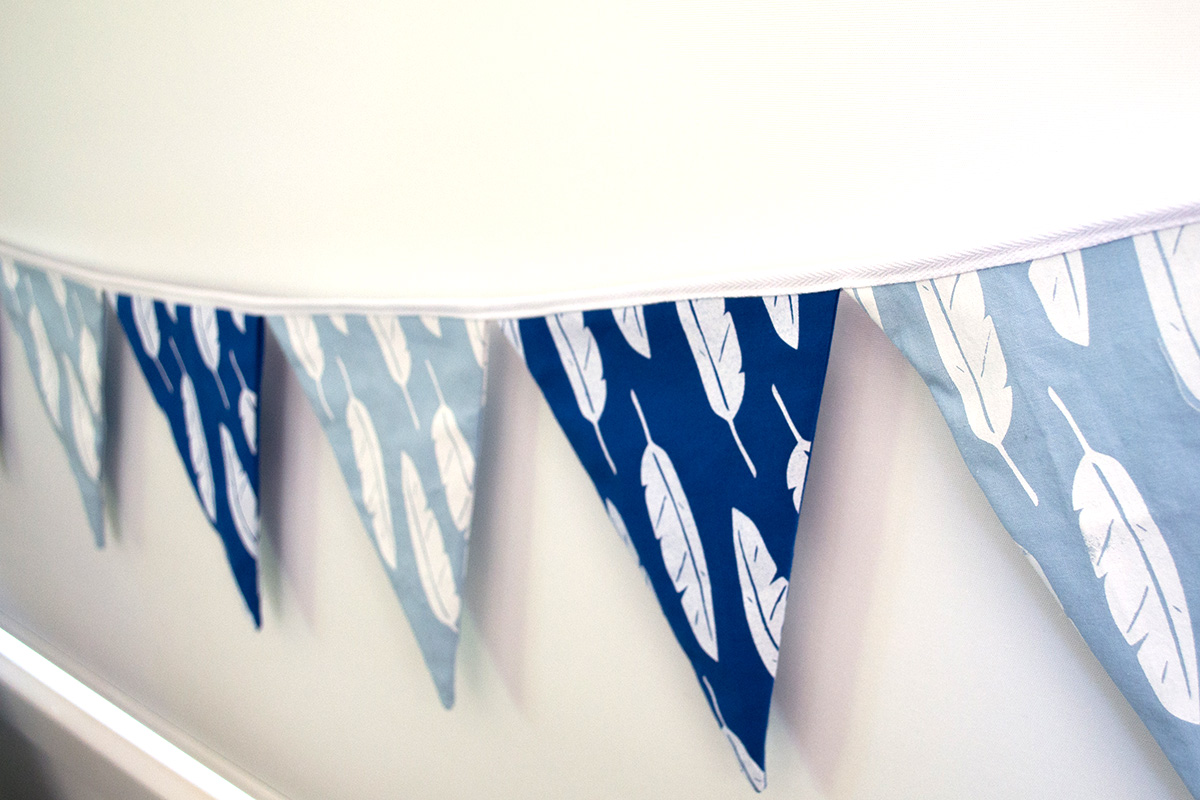 Party Bunting by Rebecca Angela. I made a few strings of bunting for our celebrations around Christmas one year. It takes some time to cut out the flags but it is very quick to make the bunting itself. Use 25mm wide bias binding rather than the commonly sold 12mm. 12mm is far too fiddly. I made the mistake of using that the first time and it was really tricky to tuck the flags in far enough so that they were caught by the stitching. The 25mm bias was a breeze. 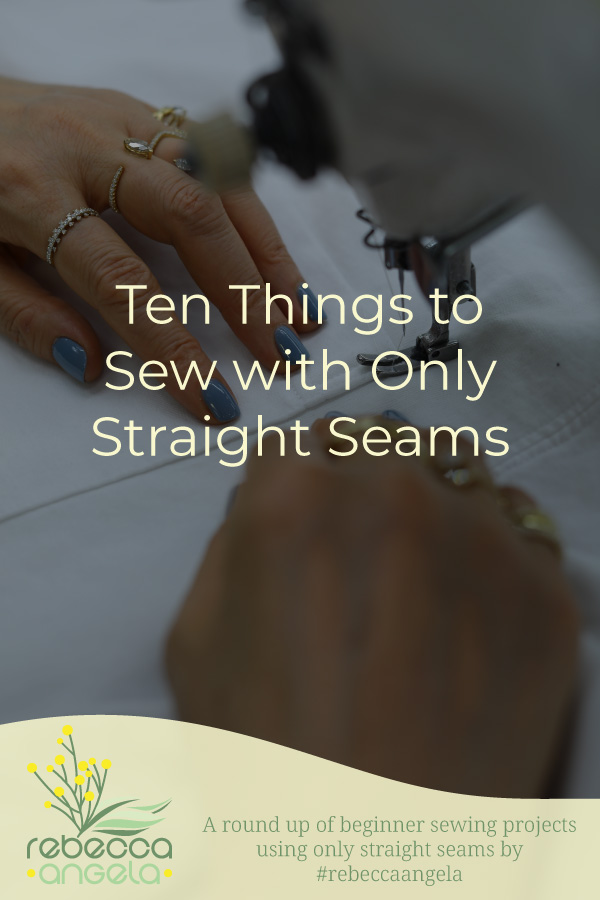 Sign up to receive updates and download a pack of five motivational posters featuring some of my favourite quotes.