The Importance of Sustaining Creativity

I wrote this post a few years go after spending the day at the National Folk Festival where I sat musing on creativity. Whether you are into folk music or not, watching such talented musicians on stage, you can only be impressed by their skill whether it be guitar, fiddle or tin whistle! I swear I did not know the tin whistle could sound so good until I heard Theresa from The Outside Track play it! This group is so creative with their use of their instruments. Ailie’s harp playing was like nothing I had seen before too. It seemed like she was not only providing some of the melody with her higher notes but also providing the bass notes like a bass guitar! Mairi was a winner for our family too because she is not only an awesome fiddle player but an Irish dancer too (my daughter is a dancer and has done Irish for many years)!

Being at the Folk Festival left both my husband and me wishing we had stuck with playing music. I played violin for about 10 years from the age of seven but it slipped away with the pressures of study. I did continue with voice for a number of years – singing in choirs and musicals but that too came to an end when life got busy with study, work and travel. Somehow it always took a back seat after that – moving cities, having babies – life!

I wonder how other people sustain their involvement in it – or any other interest or pursuit. And I think a lot of it probably comes down to surrounding yourself with like-minded people. As far as music was concerned, I played in orchestras and sang in choirs but didn’t make deep connections with the other people involved, plus it was a very transient period of my life moving through education, jobs and eventually changing cities. Playing music wasn’t something I did with the important people in my life (after leaving home – home was always filled with music playing!)

It seems to me that the people who stick with playing music are the often ones who become part of a community of people who play music.

Our communities can be so much more extended these days too with so many opportunities to connect to people online too. Another act we saw at The Folk Festival was Kate Burke and Ruth Hazleton. They are still collaborating, even though they live nine hours apart. From what they said, it sounds like they were able to prepare for the folk festival and their new album via a lot of online collaboration. I picture them having a jam over Skype!

Thinking about the creative community, there are so many wonderful and active groups in which to connect to other people – on and offline. For me, my weekly Print Club at Megalo Print Studio was, for a number of years, not just an opportunity to print but also a lovely environment for being encouraged and to encourage others, to be inspired and to learn from others. And the inspiration and encouragement available online is endless. 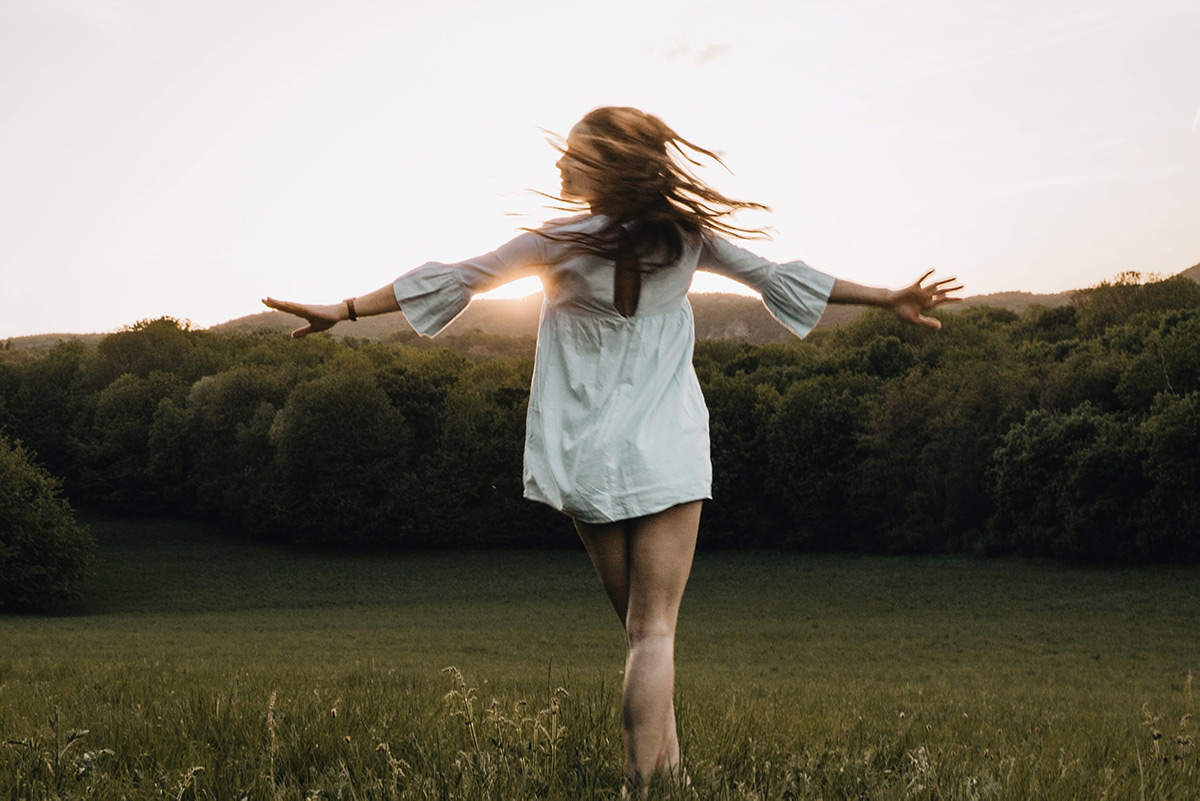 Photo by Emma Peneder on Unsplash

It is only in relatively recent years that I have realised the importance of creativity to my wellbeing. I have always had my sewing machine close at hand if only because it is so useful to be able to take up a pair of pants (let’s face it, I am less than the average when it comes to height!) but there have been times – extended times – when I have not been able to find the time to be creative (or have not made it a priority). Looking back over those times, I also see they are often times when I have felt stressed and frustrated. Unfulfilled. Depressed even. There is a very large hole in my life when I am not creating in some way. I now realise that there are two things, other than the loving and supportive relationships in my life, that I need to maintain my emotional equilibrium – exercise and creativity. I am learning that it is important for me to make these things a priority in my life.

And I don’t think I am alone. I haven’t done a literature review on the topic (yet!) but, from the reading I have done and from talking to others, I know there is scientific support out there for my theory that creativity (in whatever form it takes) is important for wellbeing and good mental health.

Mihaly Csikszentmihalyi is a psychologist who works in the field of happiness and he talks about the concept of ‘flow’. Flow is a state of being so involved in what you are doing that you don’t notice time passing, when nothing else matters. His thesis is that people are happiest in the state of flow and that a state of flow is reached only when there is an appropriate intersection of skill and challenge. I am so fortunate that “flow” is what I often experience when I am working on a creative project so perhaps that is why creativity is so important to my mental health.

I’m yet to experience a state of flow on a run. Maybe that will happen one day. But I know there are other chemical things going on that make exercise good for my mental wellbeing!

What about you? What do you do that brings about a state of flow? Is being creative in some way important to your mental wellbeing? Tell me about the creativity in your life. 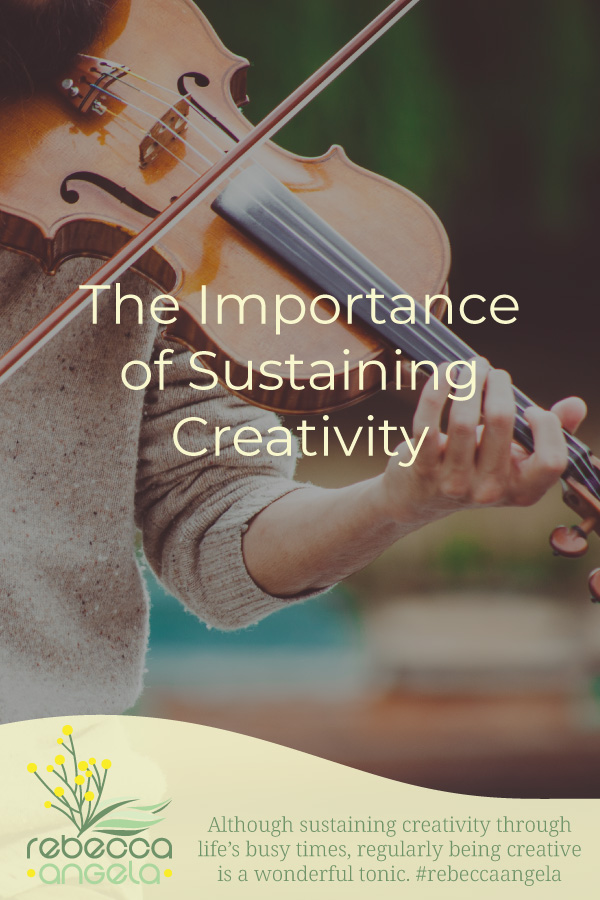 ← Welcome to Rebecca Angela Learn-to-Sew: Dust off your sewing machine! →

Sign up to receive updates and download a pack of five motivational posters featuring some of my favourite quotes.